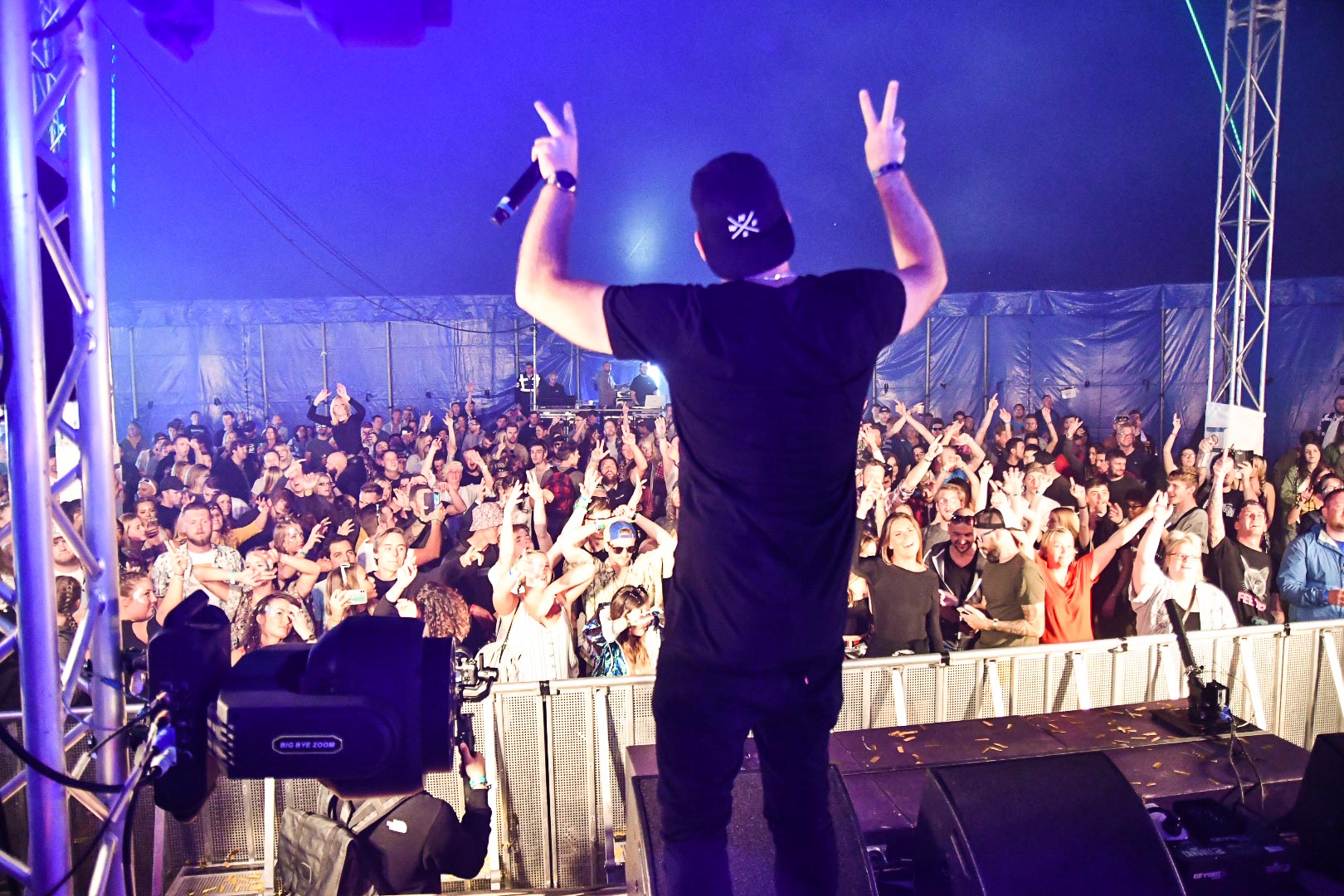 About 8 years ago I took some photos of a few surfers on a beach near Broadstairs for a guy who ran the local surf school.
I’d known Dave for a little while through various connections in the area and after a while we built a new Joss Bay surf school website together. For the launch, we shot a few photos of the team and some events.
One late summer evening, I remember getting some cracking shots at a small event down on the beach. There were about 60 people there, Dave ran a BBQ, a local guy Jed and some others sang some songs over a small PA whilst another guy did a fire puoy performance and we all sat round drinking beers round a massive fire on the beach. Good times. And the start of something bigger…

Wind on to 2018, and the Wheels and Fins Festival is one of the best in the south east.
Whilst still small and perfectly formed, its boutique feel with it’s culture of surf, skate and excellent music makes it a festival to make sure you get to.

In May this year I contacted Dave to see if I could pop along and be around for the weekend to take some photos. Naturally as he loves my work he put me on the list ?

Wheels & Fins is predominately managed by Dave and Dan, brothers who in looks and in their clear passion for the little (growing) festival on the beautiful setting in Kent they’re almost the same. (sort of)
Back in July I spent an hour or so with Dave and Dan talking through the coming weekend in September. When you hear them speak it’s clear how much hard work they’ve poured into this year’s festival, the hours and money, the stress of contracts and logistics, bigger and better than last year doesn’t come easy.

Dan, who lends a chunk of his office space from his plastering company to the festival to operate, talks to me about the Libertines, the story of how that came to be, and how they’re giving their fees up for local charities (ironically one I used to manage, Pie Factory Music). You can see the glint of excitement in his eyes as he tells me about it, how chuffed they are at the support they’ve had from both local people and local companies, and their professional partners, sponsors and this year’s promoter who in Dave’s words, ‘without a doubt, we couldn’t have done it without him, he’s taken us up another level’.

All the best festivals start on a Friday

I got there around midday on Friday, to sort accreditations and understand the layout a bit. Found easy ways to get from the two main stages, simple access to side and front of stage, and acquainted myself with one of the heads of security, Steve – always helps to be on their side ?  It was on Sunday with the larger list of more well-known acts that this worked well – Steve was brilliant with the extra tips of who had just arrived, and where they were headed. A massive help!

Whilst the big names were headlining each night and a few more in the afternoon on Sunday for the Libertines’ ‘Sharabang’, Friday for me was a feast of musical delights.
I flipping love acoustic folk, and so when Wildwood Kin came on I only snapped about 5-10 photos (compared to 40-50 for other acts) as I was mesmerised and soaked in their folk melodies.
I spoke with one of Feeder’s managers on the Saturday, and I mentioned how much I liked Wildwood Kin, suggesting they were almost a female version of the Fleet Foxes (another personal favourite). Turns out he also co-manages the band and said that in the studio they often ask to ‘make it more fleet foxy’.
Yep. I’ve still got it. ?

Aside from Wildwood Kin, one of the standout acts for me, was the brilliant Wholls. They had brilliant presence, were very tight and as well as a brilliant drummer had a great front man.
Naturally, with many acts its hard to get round so many as a photographer with multiple stages, but two other stand outs on Friday were the incredibly energetic Luka State – reminded me of an early Artic Monkeys, and the super tight Broken Witt Rebels, as I understand it had spent almost all day travelling back from recording their second album in Austin, Texas. Not to mention Rothwell, Kideko and Everything is Imagined lighting up the stage too.
It was great to also see local lad, now international model of & DJ, Josh Parkinson spinning the decks in the dance tent too as one of the warm up DJs for the powerful presence of High Contrast – banger after banger.

Another beautiful day in the sun – perfect for photography, and many festival-goers loving their beers made for a really fun and happy family atmosphere, which continued throughout the weekend. Of course the headliners on the Saturday were Feeder, but in the build-up, Tim Peaks diner (with super coffee too) was churning out some brilliant artists on offer, alongside some great music from the main stage.

The dance tent too had some great DJs on, but was a shame that the crowd tended to stay out early daytime by the main stage and the food wagons/bar. Perhaps the only downside of having such great weather, was not many ventured (and stayed) in the dance tent until later in the afternoon. Still, from a musical point, the dance tent offered some brilliant DJs in Friction, Camo & Crooked, Shapes, Miss T, and a mid-afternoon headline set from Sub Focus & ID, drawing in the crowd, packing the tent and partying like it was 1999.

Others, like the brilliant Frazer, played the festival in 2017.
I didn’t make it last year, but the Frazer lads were for me, one of the highlights for three reasons.
Firstly (and for a festival probably most importantly), musically they were flipping tight – and have a great tone and lyrical cleverness.
Secondly, they are top lads – nice to chat, and very relaxed backstage despite being the warm up for Feeder.
Finally – I managed to get some of my best shots of the weekend with Frazer. Both backstage and during their set. The lighting crew for the weekend were awesome, and managed to catch some of their cleverness in shot. ?

As a big fan of particularly Feeder’s Pushing the Senses album, having the privilege to hang out with their manager backstage chatting through the tour and what’s next for the lads, as well as of course photograph action of some of the absolute classics was a joy. They looked a little tired (forgivable given the summer festival season!) but absolutely delighted the crowd with song after song.

Loved seeing them live, and the festival on the Saturday finished with a proper family feel vibe, kids on parents shoulders singing along to no doubt what Mum and Dad have taught them to listen to, and well played, parents.

And then we get to Sunday! The day that the media had hyped, the day curated on the main stage by The Libertines, and the last day of Wheels & Fins for another year.
I couldn’t get to the site until mid afternoon so missed one of what now seemed to be a huge highlight of the weekend in Cast frontman John Power. Gutted. But… I did get to catch a lot more. And of course the Libertines and some of their curated team.

There was a little delay in the evening with the dance tent’s headliner Example on stage later than planned, but I completely lost track of all time, snapped away for a couple of tracks with Example and DJ Wire, then thought perhaps the Libertines might be milling around backstage, about to come on. I span over to the main stage to find they were on – already – and at the end of their 2nd song!

With a 3 song rule in force for the bigger headliners for the media, I literally had 1 track to get some ‘pit’ shots…! Schoolboy error that, should have checked the watch!
Still, 4 minutes later, being thrown out the pit (almost literally) with fellow colleagues I had bagged a few cracking shots to be pleased with.

Massive props to Dave and Dan, and all the team behind the weekend. A brilliant feat, and a cracking fun weekend.
I know that full scale planning started almost immediately, days after the last stage deck was removed from this years site. Looking forwards to 2019!
Also special thanks to Ben Bowles, brilliant photographer, another Nikon chum, and a pleasure to hang out with all weekend.

For more photos from the festival and other shots, please see my Instagram or Facebook pages showing albums and more shots of festival goers, skate ramps and live music and sports.

For bookings, I’m now booking into 2019. Please contact me here for more on your event details.