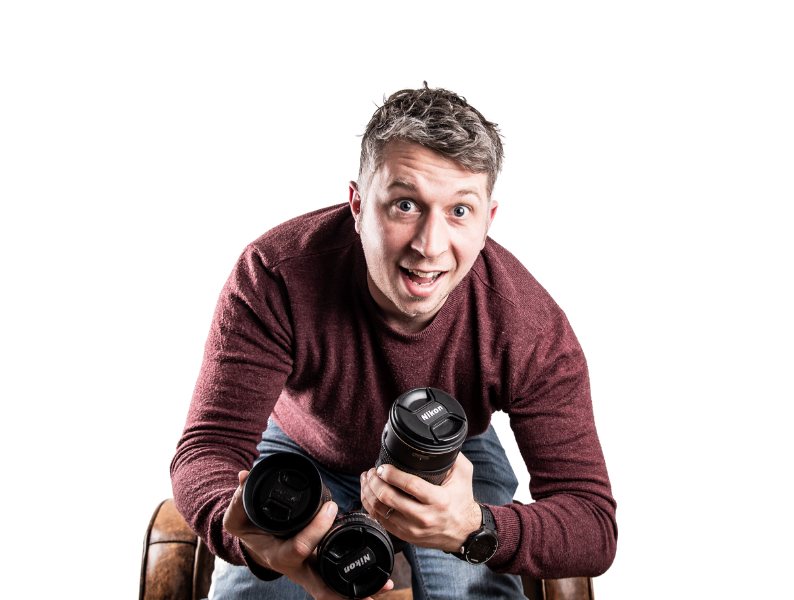 How do you choose what lens to shoot music with?

I’ve done quite a few concerts recently literally ranging from festivals in the sun where you have all the space and a huge field or more to shoot in, to small tiny venues in the basement of a record shop where you have almost no room to move, and the lighting rig is broken, so just had 4 static white lights on the stage!

So how do you choose the best lens for the job?

Well, in my experience, and much much advice and vlog watching, the simple thing I would say is to choose your lens based on two big factors…

2 – Your distance to the subject

There are loads of other reasons, but I’ll explain why these two for me are so key.

1. Working with the light available

Let’s take my two examples at the start of the article. A festival in the summer outdoors where the sun is shining, the stage is professionally lit and you are shooting artists on a 5 ft stage and a small basement venue, where you are at the same height as the musicians, and the lighting is one static light source (or 4 simple lights in one case recently for me)

Outside at the festival, I chose to predominately use the 70-200 Nikkor 2.8 lens. A fixed aperture fast lens like the 2.8 is a fantastic lens for sports and music, fast-moving musicians and drummers. Its also great for candid crowd shots looking away form the stage action.
With a lot of light I could push the aperture up a few stops to 4s and 5s to grab a wider depth of field and more detail in the backgrond, then drop it back to 2.8 when shooting the singers faces again in moments of full-on emotion!

Quevedo What about smaller venues?

Inside at the small venue however, the 70-200 wasn’t even an option. It would get me great shots of the musician’s noses, but also wouldn’t give me enough light into the lens. Ideally I needed a lens with an f1.4 prime aperture but in the absence of owning such a beauty at the moment, I settled for my Nikkor 35mm fixed aperture 1.8 prime lense. A lovely soft bokeh lens with some beautiful crispness and sensitivity to low light.

I shot with it all night and loved it. Prime lenses make you get closer to the action – although I couldn’t get much closer than I already was!

The recent basement gig at Elsewhere Margate was such static light that I wanted to add a different pop of flash but controlled by me more than just a flash on the top of the camera. I opted for my new Rotolight RL-48 Stealth light – it has a cold shoe mount, but is a beautiful light that I can hold up whilst shooting a moving subject like a rapper or an energetic singer. And it worked a treat at Elsewhere with the limited light on offer.

2. Distance from your subject

Now – I’ve sort of covered this already, and its a simple fact – if you’re right up close like at Elsewhere – you don’t want a massive zoom lens. Mainly because you simply won’t get a shot! But also, noone wants a mammoth lens shoved in their face!

If you are 5+ feet away from your subject you can consider a zoom of sorts – much more and you might need it – the photo of the drummer from Feeder above was about 15ft away from me but shot at 70mm – no zoom action at all and I was leaning againts the stage by the singer’s feet.

At Elsewhere as mentioned I used my 35mm 1.8. Mainly I chose that because of the low light. I did have a 60mm and a 50mm on me too – but the 35mm felt right – and had the best low light aperture.

So distance isn’t really something that matters if you know what you’re doing – but it definitely directs what lens you would choose. More through common sense than anything…