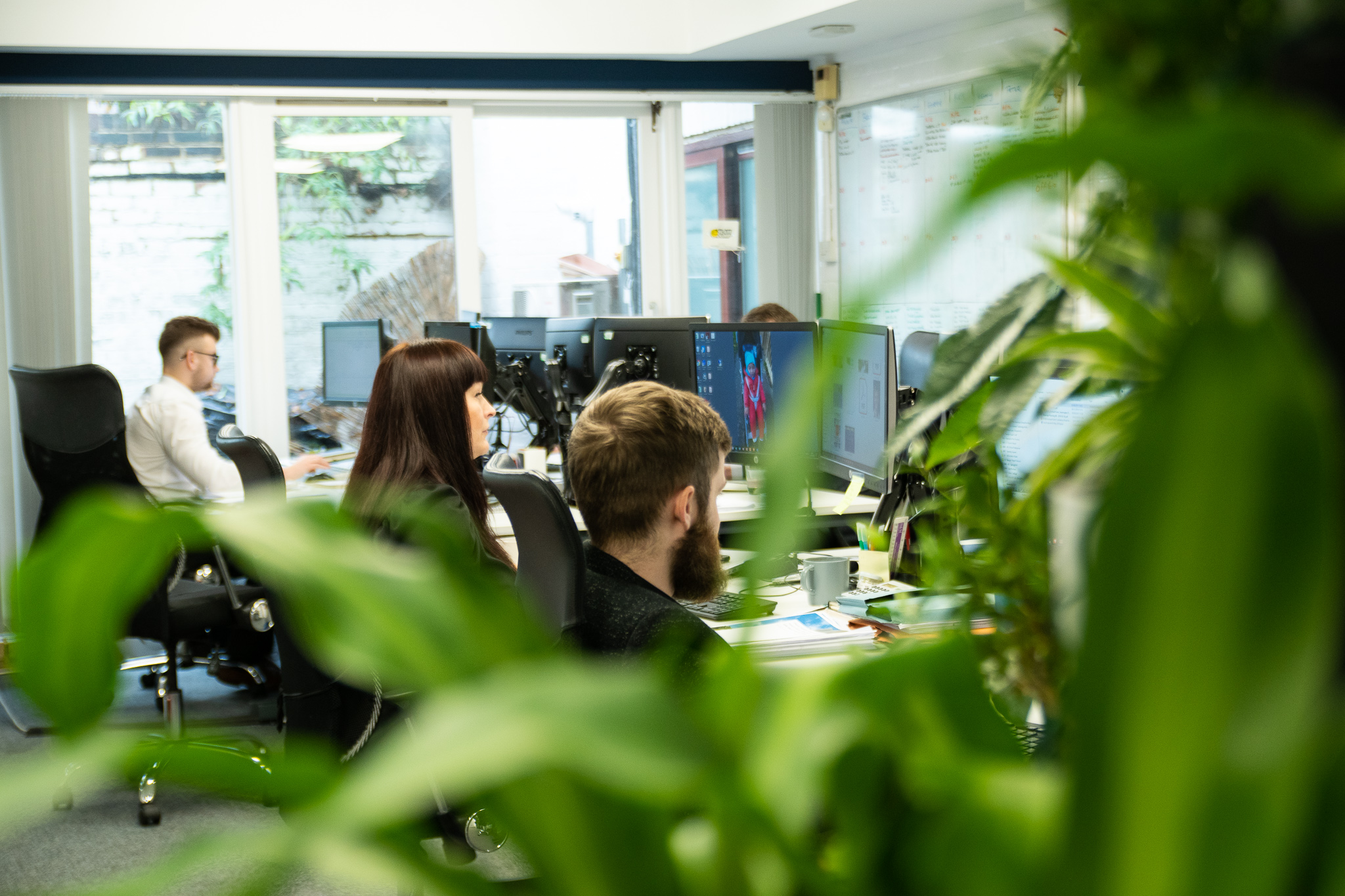 Back in December 2019 I had the opportunity to shoot some headshots and office environment shots for Betteridge and Milsom, a Quantity Surveyor based in Canterbury. I had not long had a new set of LED round continuous lights so decided to use those alongside the Elinchrom studio setup I already had.

After an initial consultation with the client we decided on shooting against a meeting room plain white wall.
Generally, I’m not a fan of a white wall shoot as it feels too plain, sometimes way too corporate, but with the clean brand colours of white and purple I figured that this time I’d be ok with it!

http://drscottconsulting.com/commitment/ Setting up the lights

I setup a keylight from the right hand side of the subject (my left) to light the face. I had this relatively high as I wanted to create some nice angles and shadows from above. For this I used the Elinchrom lightbox (I have a large and small version – so opted for the larger one to fill more of a spread). This was triggered by the remote on top of my camera, so that the room was initially only lit by the background and my other light…

The third light I used was another LED light, but this one I added a softbox to. I positioned this relatively low – about 70 degrees angle pointing up at the front-side of the face. This reduced the shadows enough to soften them, but not to remove them.
I also added a degree of tungsten warmth on this light to soften the impact and harshness.

During the shoot for about 14 staff, I only needed to move the keylight once or twice to tweak the lighting for different skin tones, or the clothing colour they were wearing! I didn’t move or change the background light at all, but did change the side light position and strength, depending on some of the face shapes and their heights.

Editing for me always happens in Lightroom.
I tend not to start with presets – something that takes me longer to get the initial one right, but once I’ve got there, we’re away!
My theory is, if I can get a corporate portrait shot in a way that has the lighting and the subject just how I want it, then editing should be a case of enhancing, and nothing more.
With this shoot, thats more or less what I got! I was pretty happy with the overall RAWs I got, and so minimal editing was for a little clarity, colour and enhancing shadows and contrast.

Overall, I was pretty happy about how these all came out, although would be very keen to also shoot some more candid and relational personal brand headshots away from the white background! ?

Generally they really liked the photos, and are already using them in proposals and on Linked In.
One of the team was so happy with their photo and their feedback made me super happy (see below!)

http://homeschooleconomics.com/custom-dog-portraits/ If you want a photoshoot for your company, get in touch !

It is the best professional photo I’ve ever had taken of me!